One of our core values is teamwork. We believe in the power of diverse people and ideas coming together to achieve goals. Each member of our team is experienced in specific areas of PR, marketing and healthcare subject matter.

How we work with you

At KNB Communications, each new client is assigned an Account Lead.

Then, we build out a dedicated core team. It may include roles like Media Relations Specialist, Social Media Account Manager, Marketing Coordinator, Graphic Designer, and a specialized Writer.

We customize the team to fit the needs of the client, bringing in extended team members as projects dictate.

The Account Lead provides one convenient point of contact for the client and provides updates on regular calls.

We consider our clients our partners; we become an extension of your team. 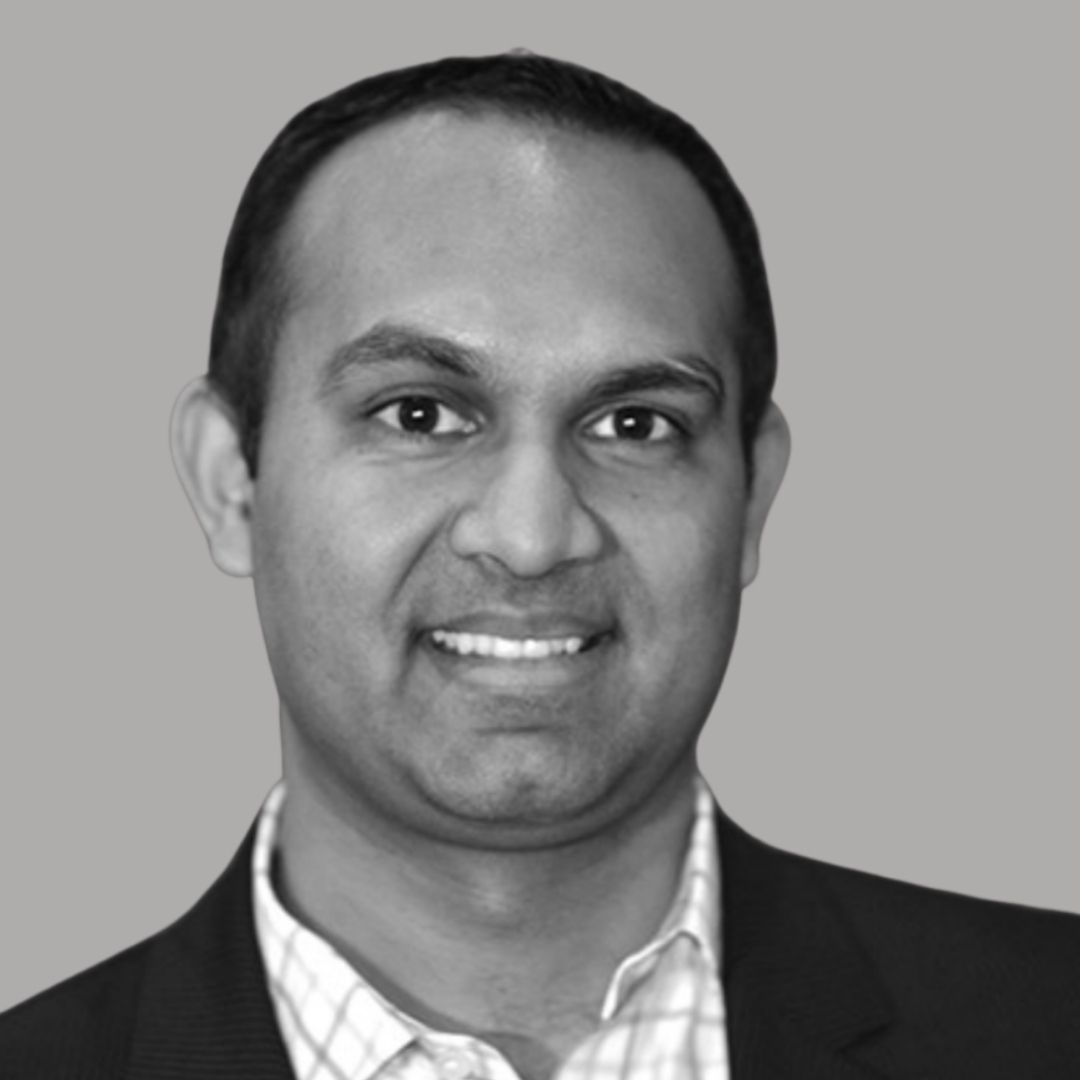 Education: Bachelor’s in Communications and International Studies from University of Wisconsin; MBA from Babson College.

Professional background: Prior to joining KNB, Chintan worked for IBM in New York City, focused on Power Systems sales, while working with clients in the healthcare, finance and media markets. Chintan also previously managed Americas marketing and sales for Unfors Raysafe, a medical radiation management company headquartered in Bildall, Sweden. Chintan is passionate about applying technology and innovation to solving problems, especially in healthcare applications. He is excited about marketing new products and services that help people live better lives through disruptive, but easy-to-use technology.

Expertise: Jeopardy fact: He is a huge fan of the Green Bay Packers, Milwaukee Bucks and Brewers and the Wisconsin Badgers.

Professional background: Beth has over 17 years of professional experience, with a focus in the healthcare and marketing fields. Beth is responsible for conceiving and executing marketing strategies and tactics to drive growth and generate leads. In addition, she supports the PR team with amplification, overall brand development, and messaging in the marketplace to ensure KNB’s clients are leading the conversation in healthcare.

Jeopardy fact: Beth has lived in 4 countries across 3 continents and has traveled to 46 countries. 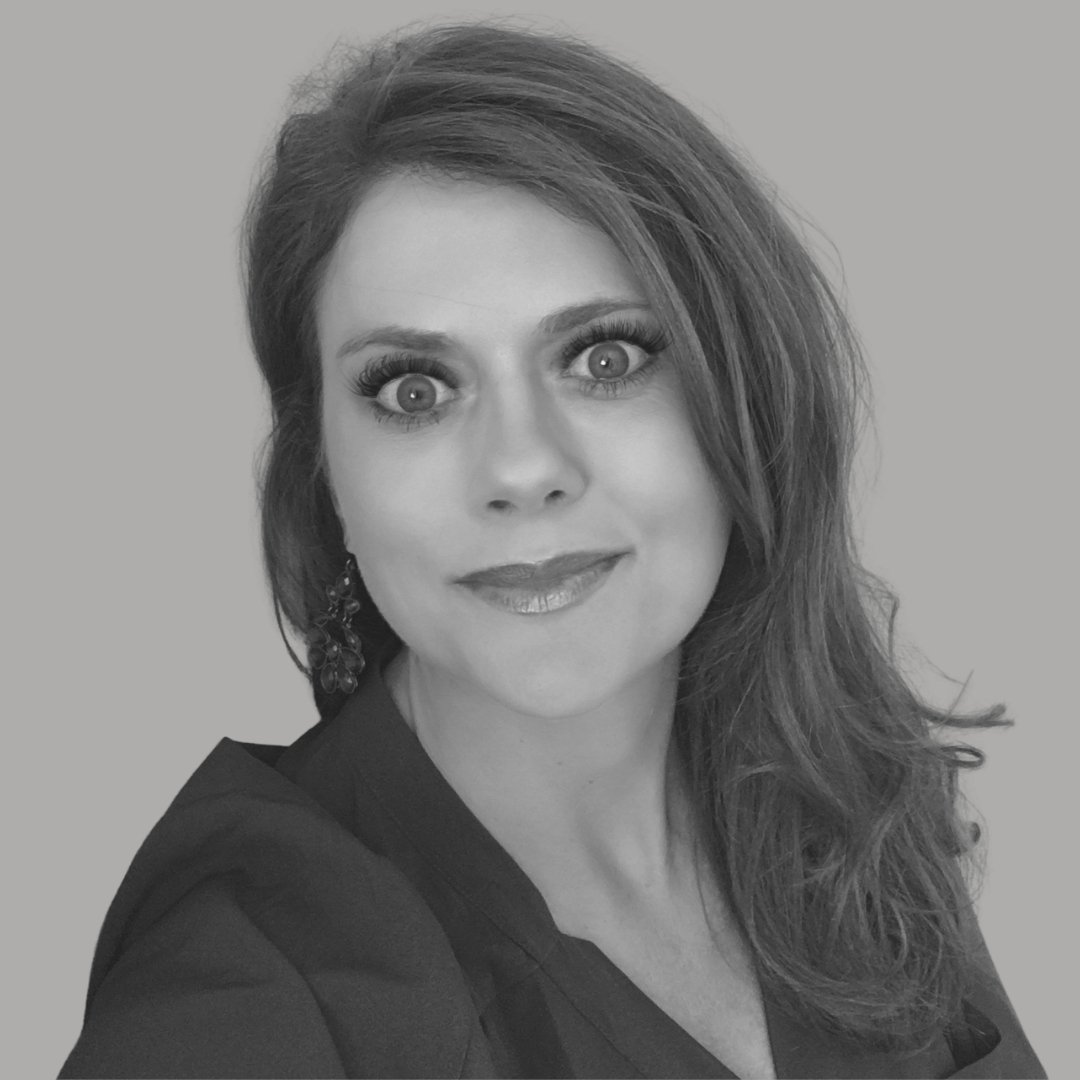 Professional Background: Amy is an award-winning writer and storyteller who believes creativity is a commodity. Her extensive experience in the healthcare industry includes serving as the Public Relations and Marketing Director for Intermountain Healthcare’s Park City Hospital for over a decade. Prior to this role, Amy worked as a broadcast journalist covering health and wellness. She continues to freelance write for a number of publications.

Jeopardy fact(s): Amy is a certified safari guide through the Field Guides Association of Southern Africa, she would be a martyr for the Oxford comma, and her toxic trait is how badly she wants to domesticate a penguin. 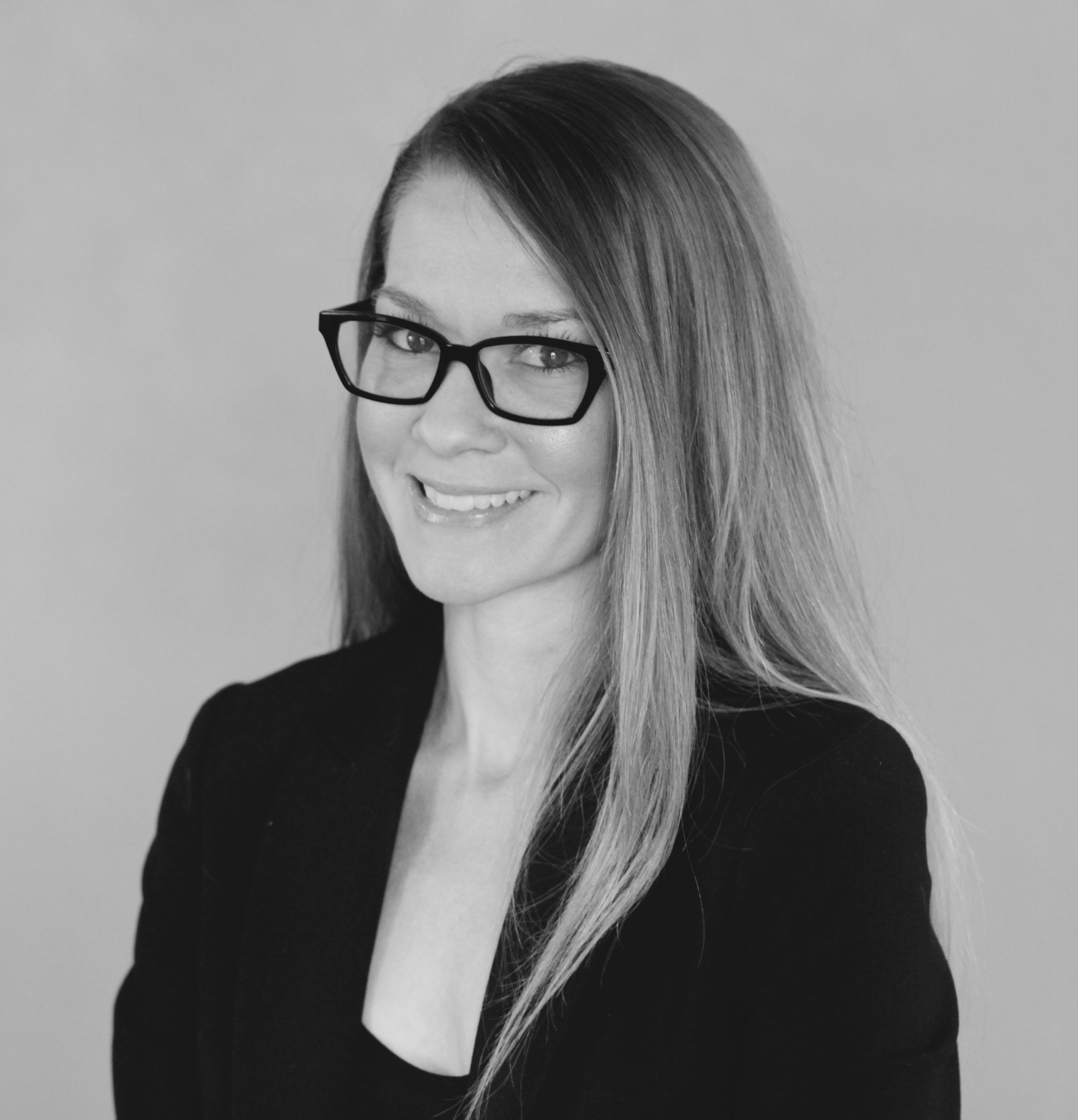 Education: Bachelor’s degree in Journalism with an emphasis in Public Relations from the University of Oklahoma

Professional background: Laura has over 11 years of experience in marketing, public relations and communications for start-ups, established brands and everything in between. She has worked in the non-profit and healthcare industries. Laura is responsible for developing and implementing marketing strategy and tactics to create leads and facilitate growth.

Jeopardy fact: Outside of work Laura is passionate about the environment and helping people. She enjoys spending time in nature, hiking and kayaking. 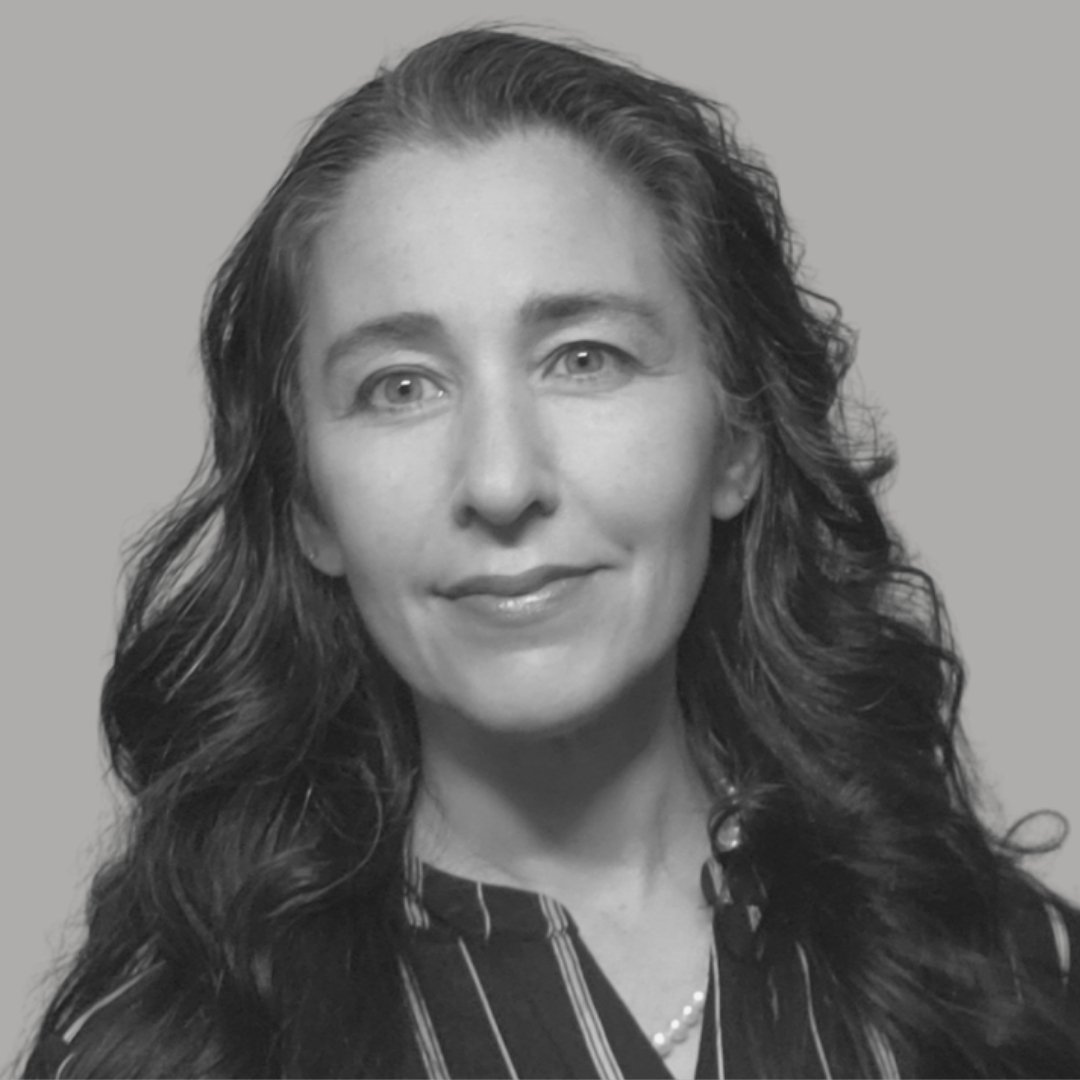 Education: B.A. in Business Management from University of Phoenix

Professional background: Gaby has over 15 years of experience providing executive level support to entrepreneurs and industry leaders. She is an accomplished office administrator, focusing on efficiency and accuracy. 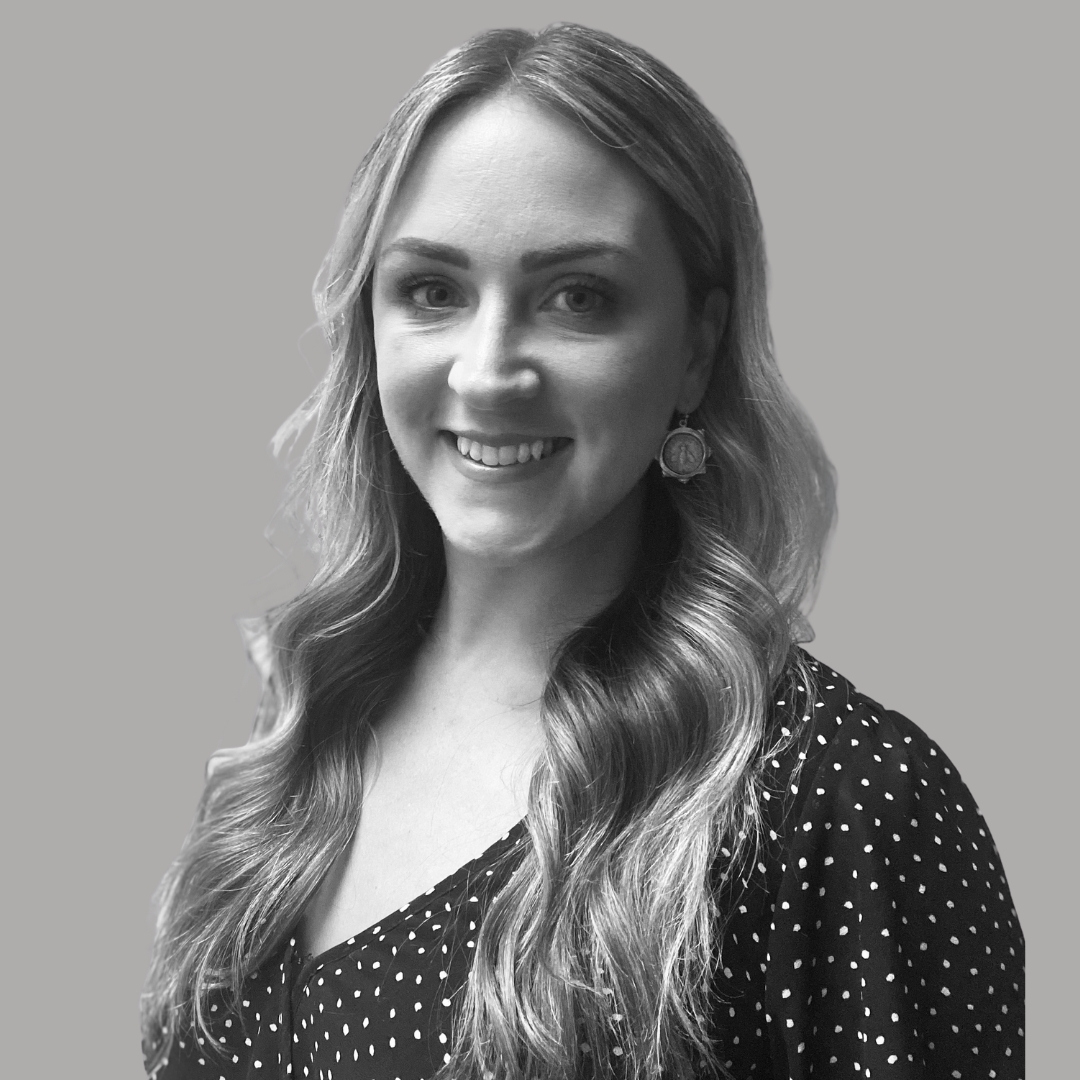 Education: B.A. in Digital Design from the University of Cincinnati, College of Design, Art, Architecture, and Planning

Professional Background: Emily has spent the last several years as a Marketing + Product Director developing a medical device start-up business while managing an interdisciplinary team in a highly regulated healthcare space. Her passion and focus stems from a collective and joined empathy towards the patients her clients serve. Emily is responsible for ensuring clients achieve results on time and above expectation!

Jeopardy Fact: Emily has ‘voluntary nystagmus’ which is a rare, voluntary ability to rapidly flutter the eyes horizontally. She was once approached as a child to be featured in a hot sauce commercial showcasing this unique ability. 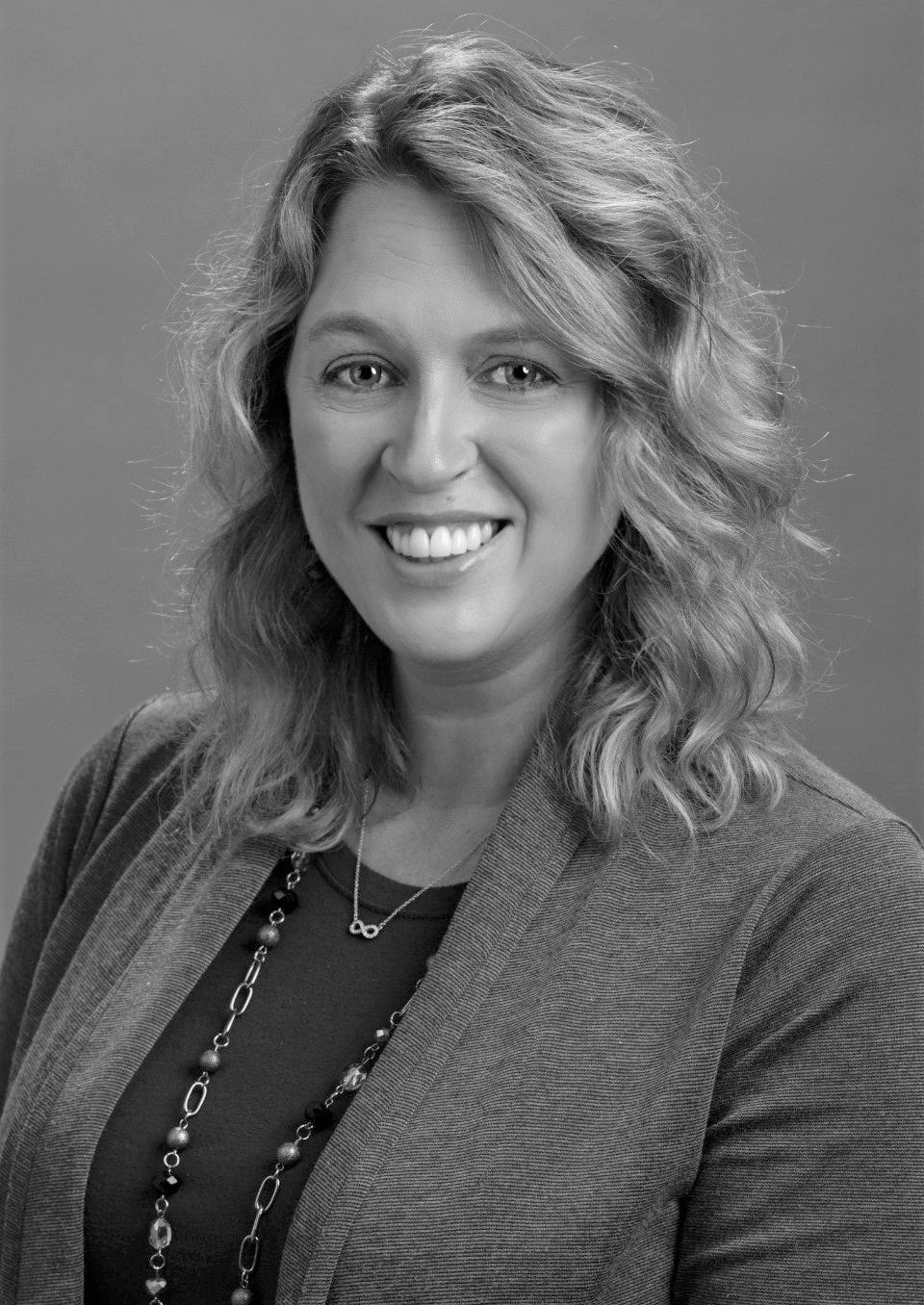 Education: B.S. Communication Studies with an Emphasis on Marketing and Media from the Eastern Illinois University

Professional Background Kodi has worked in Marketing since 2000 in various capacities. A former news anchor turned entrepreneur, she began her own small marketing company producing video content and creating strategic marketing plans. She recently worked as the Public Information Officer and PR/Marketing Coordinator at a 15-facility hospital system.

Jeopardy Fact: Kodi spends road trips finding the digital root of license plates. Boating aficionado (can’t back up a trailer, but can load the boat in one shot in the middle of Fourth of July traffic)! 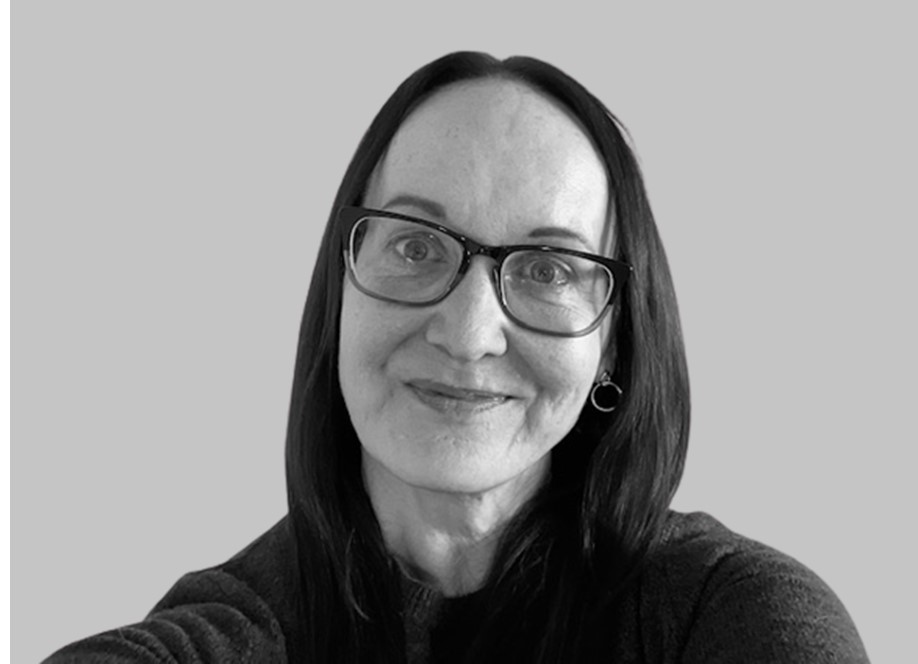 Education: Mary received a BA with concentrations in Economics and French from DePauw University in Greencastle, IN.

Professional background: Mary found her calling in journalism after starting out in finance in Chicago and global health in Baltimore. She has written for print and online publications, primarily covering health care and health policy. Her work has appeared in The Seattle Times, Puget Sound Business Journal, Baltimore and Washington (DC) city papers and The Nation, among other publications. After moving into PR and communications, Mary worked for a nonprofit that produced Medicare-related communications and then moved into medical and science writing and social media management in higher education. Recognized with top honors in media relations and storytelling by the Public Relations Society of America – Colorado chapter and the Council for Advancement and Support in Education.

Jeopardy fact: Mary was a freelance music critic and has interviewed Taylor Swift and Rufus Wainwright. 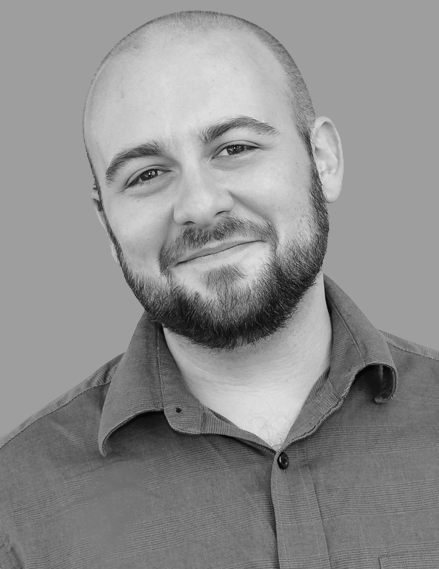 Education: B.A. in Mass Communication from Virginia Tech, with a minor in Philosophy. A.A. from Corning Community College, with an emphasis on media production.

Professional Background: Chad has 18 years of experience working in a variety of media settings, from newspapers and magazines to television and radio. He has worked in marketing and public relations for 8 years, with a focus on healthcare and technology. Chad serves KNB clients as a media liaison and strategist.

Jeopardy Fact: Chad enjoys the company of his two dogs, who serve as his primary exploration and camping companions. 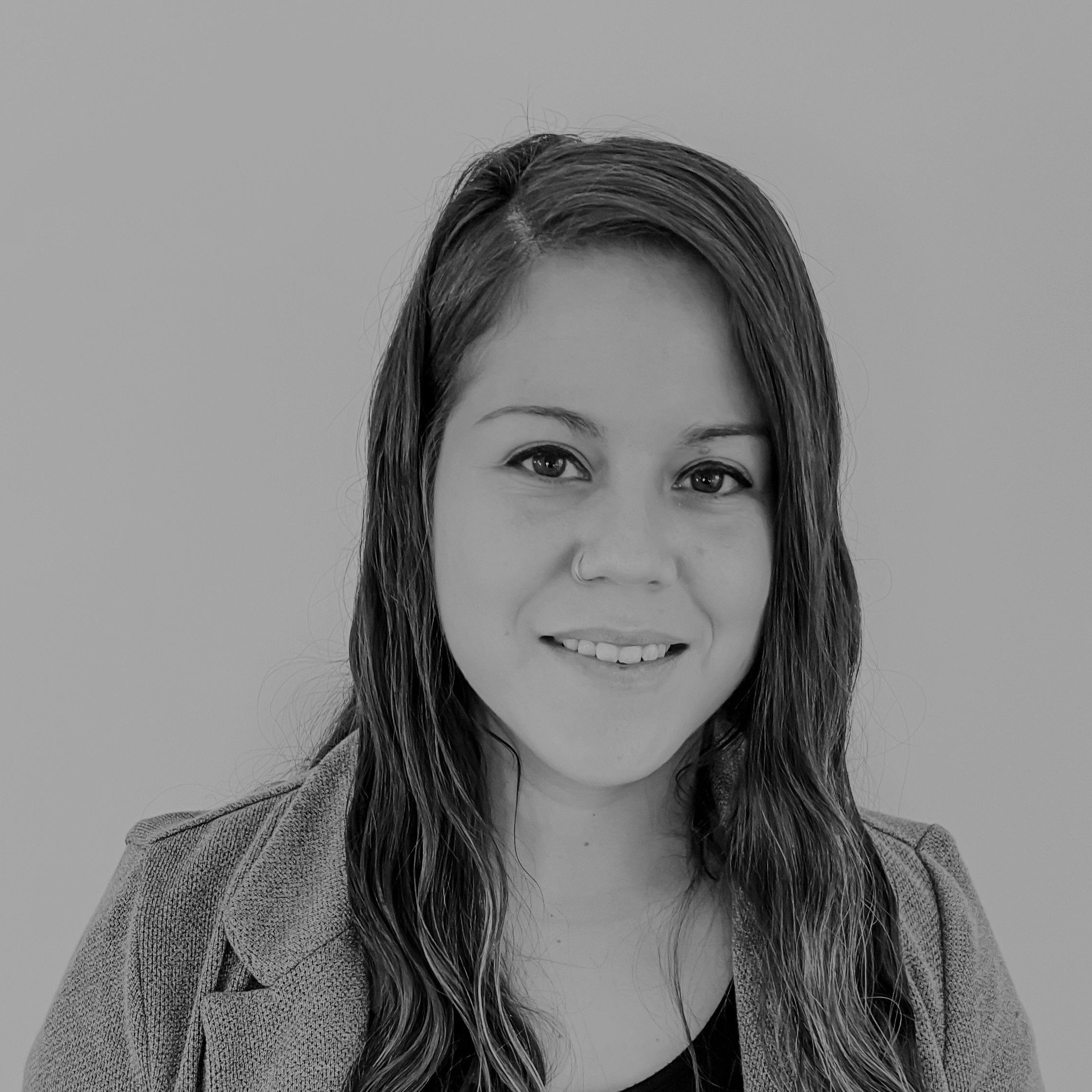 Education: Bachelor’s degree in Media Communications with an emphasis in Digital Advertisement from Webster University

Professional background: Sandy has 8 years of experience as a marketing professional. Her background includes the mastery of managing and developing marketing strategy as well as creating and designing digital content.

Jeopardy Fact: Sandy is a fitness enthusiast with 3 dogs and a small toddler who likes to keep her on her toes.

Professional background: Pam got her start as a news writer and assignment editor in radio, parlaying that experience into a public relations career in government, information technology, publishing, and healthcare. She has worked for small and large PR agencies, and as a freelancer.

Jeopardy fact: While serving as an assistant press secretary to the governor of Massachusetts, Pam was honored to meet President Jimmy Carter in Boston and Vice-President (later President) George H.W. Bush in Washington, D.C. 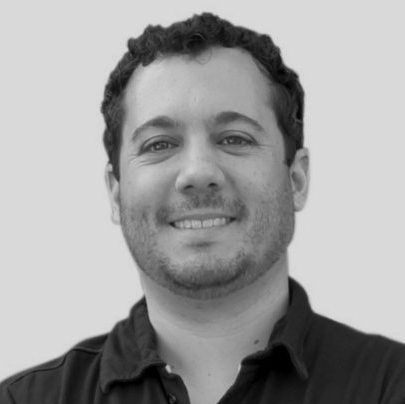 I'm part of the KNB social media team and manage paid ads for clients. After graduating from the University of Rhode Island with a marketing degree, I started a career in the IT field. While working in IT, I managed that company's website and helped with their online marketing. As the years went on I developed skills in Search Engine Optimization, Google ads, Facebook ads and all aspects of paid media. Today I have over 10 years of experience in paid ads management and help clients grow their social presence with paid ads. My first job was working as a mate on a fishing boat when I was a teenager on the south shore of Long Island. 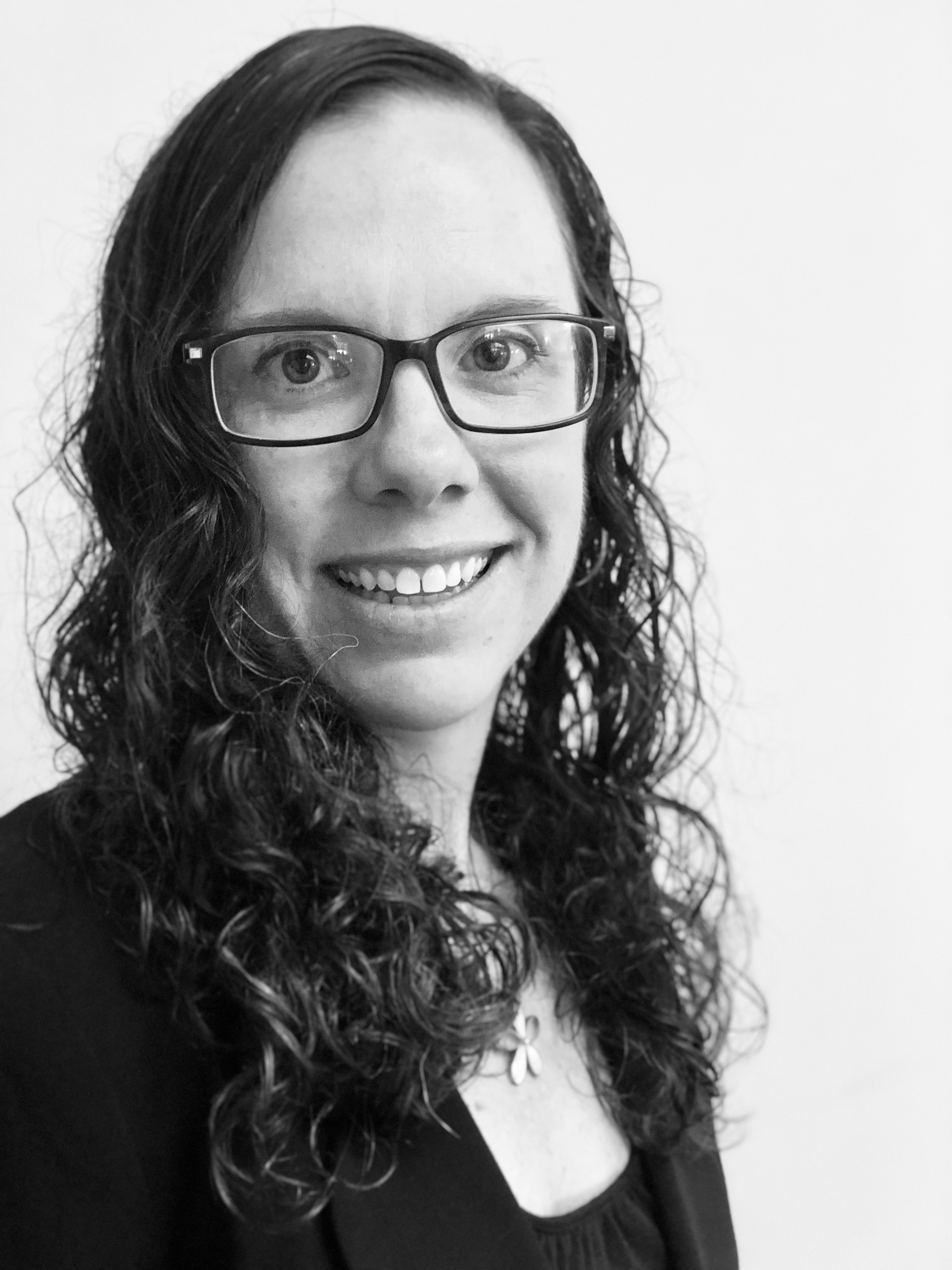 Education: Kerri received a BA in English with concentrations in communications and business administration from Muhlenberg College in Allentown, PA.

Professional background: After brief stints as a newspaper reporter and journal production editor, Kerri was a writer and editor for print and online medical trade publications for over a decade. Her primary focus areas were speech-language pathology and audiology, and later, medical imaging and health IT. She acquired and wrote articles, managed Web content, and helped produce the publications.

Jeopardy fact: Kerri was bit by the travel bug early and visited half the U.S. states and nearly as many countries. Now, she’s raising three daughters outside Philadelphia and together they explore the great outdoors and the hottest drivable hotspots! 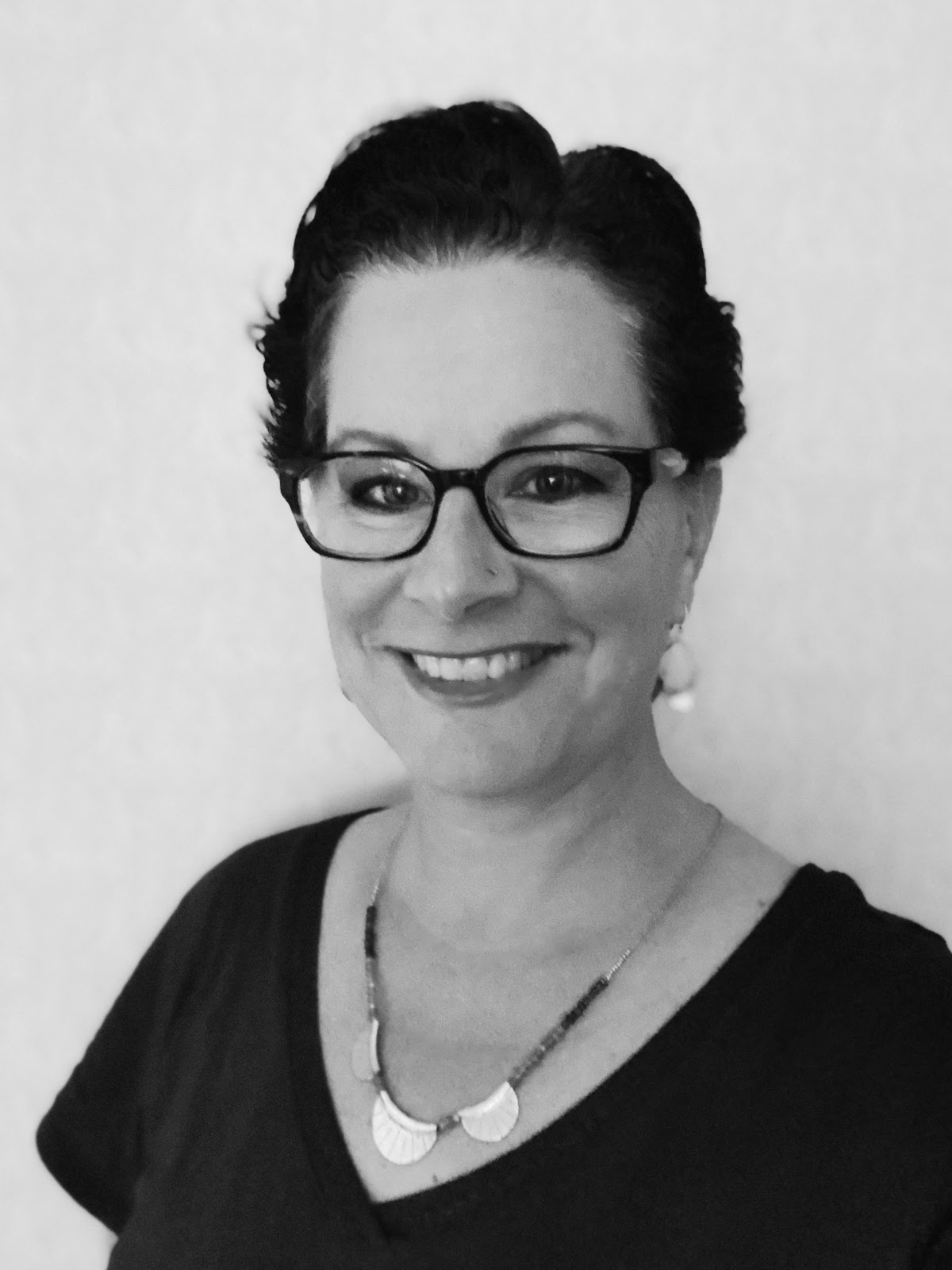 Professional background: Suzanne has 32 years of professional editorial experience, with a focus on healthcare, pharma, life sciences, chemical engineering, petroleum refining, and power generation. Suzanne is the former Managing Editor of Chemical Engineering magazine, has been a long-time regular freelance Contributing Editor at Chemical Engineering magazine, Pharmaceutical Commerce magazine, and has provided technical writing, ghostwriting and editing services to a number of other industry-specific corporate entities, trade journals, and conference groups in the pharma/life sciences sector and chemical process industries..

Jeopardy fact: Suzanne is able to play exactly one song on the harmonica ~ Naturally, that song would be “Oh Susannah”). 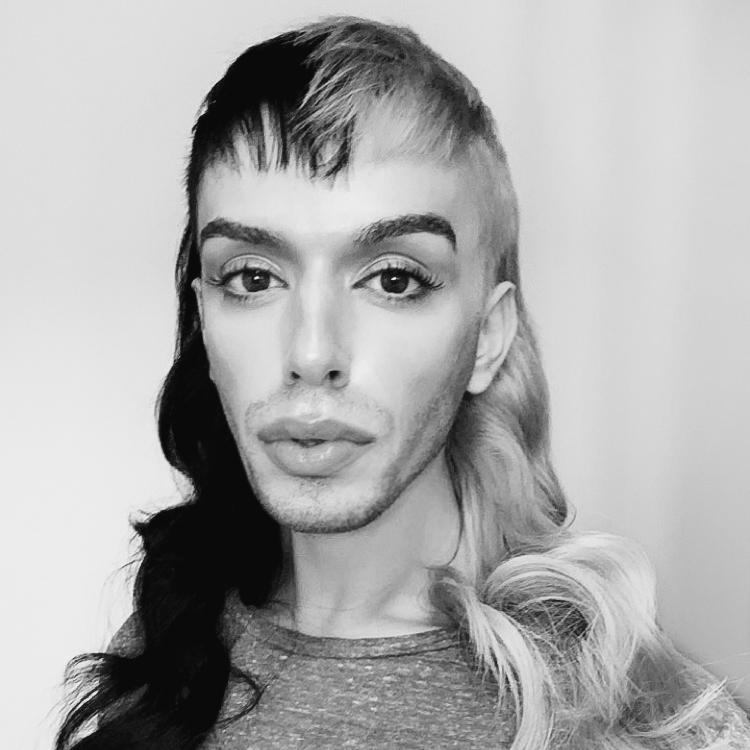 Professional background: Johnny has over 8 years of professional experience, with a focus in the social and content creation ranging from celebrities to healthcare. Additionally, Johnny’s work has been seen in Vogue, Paper Magazine, Allure, Cosmo, E!, Good Morning America, and many other major platforms. Johnny is responsible for generating and designing social strategies to drive growth across all platforms for KNB. Furthermore, they support the KNB team through graphic design to ensure KNB’s clients remain ahead of the visual curve. 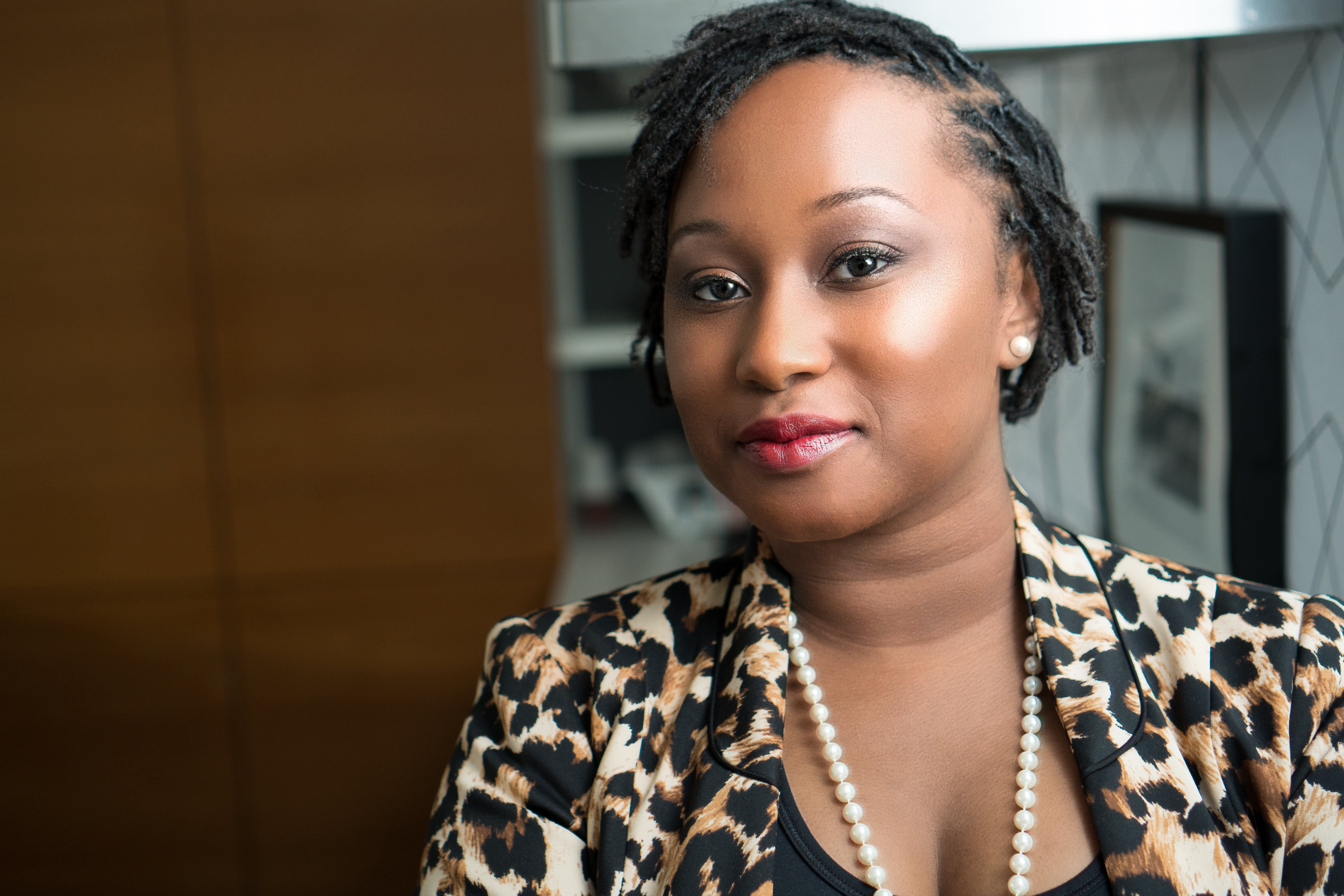 Professional background: Jamillah has over 15 years of marketing and public relations experience, with a focus on content digital marketing and social media strategy. Her zone of genius lies in empowering thought leaders to communicate their personal brand by telling better stories about their products and services. She has worked with healthcare corporations, celebrity comedians, book publishers, angel investors, chefs, and beauty brands to amplify their brand awareness.

Jeopardy fact: Jamillah is a huge museum nerd and takes walking tours of every city she visits. 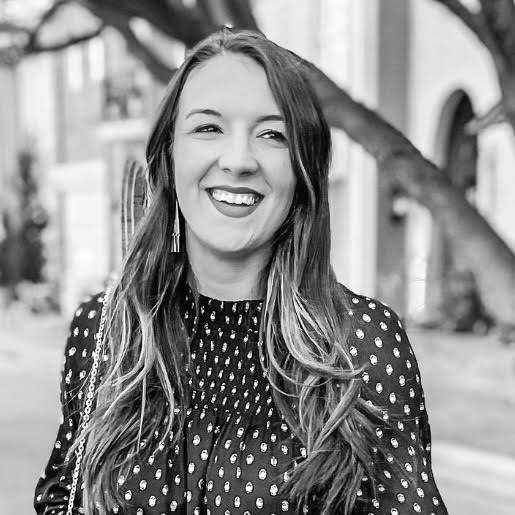 Jessica is a professional social media marketing manager and creative content planner. She has over six years of experience in the marketing and communications world, and earned her Master of Arts degree in strategic communication and Bachelor of Arts degree in public relations from The University of Oklahoma. Over the years, Jessica has worked with clients in various industries, such education, banking, non-profit, and automotive, but most of her experience and passion lies in the healthcare marketing industry. Jessica has had the unique opportunity to serve as a content creator for numerous national and international brands, such as Neutrogena, L’Oreal Paris, Cotton - The Fabric of Our Lives, Dunkin’ Donuts, Fabletics, and many more. She believes that social media should serve as a relationship-building tool and the “handshake” to introduce target audiences to your brand.

Fun Fact: Jessica’s life dream is to be a contestant on a game show, such as Family Feud!

Education: Dale is a graduate of the former Central Academy of Commercial Art, Cincinnati Ohio.
Professional Background: Dale is a multitalented advertising and graphic design professional with 38 years of experience, including stints at large and small ad agencies, corporate marketing departments, and as a freelancer.
Expertise: All forms of print, broadcast, and digital media. The current emphasis of his work is collateral marketing materials, digital assets for websites, and trade show booth design.
Jeopardy Fact: Dale enjoys going to Cub’s games and exploring Chicago’s culinary scene.