A  Simple Guide to Understanding Blockchain in Healthcare

Blockchain is taking the world by storm and is garnering a lot of interest in the healthcare industry. Yet, this data storing and validation approach remains a concept that even some of the brightest of minds have trouble wrapping their heads around. With the recent publication of the Biannual Blockchain in Healthcare Report, even more, professionals are abuzz with excitement but are still confused about the concept of blockchain and its applications in healthcare. However, we think anyone with a little time can come to grasp blockchain and hopefully communicate its value (and pitfalls) in the healthcare community.

Not convinced? Remember: the concept of the Internet was just as confusing in 1994 as blockchain is now. Look how far we’ve come?

1. What is a blockchain?

A blockchain is a potentially infinite list of records. Each record is called a “block”. These blocks store information about transactions or anything that has value - like personal information. This list of what many call “a digital ledger” is anonymous, immutable, decentralized, and encrypted.

This list of blocks keeps growing and growing, with no record ever being able to be erased once it was added. Each block is linked to the last one using cryptography. The most fascinating aspect of blockchain is the fact that no records can be modified once they have been added to the chain, and will remain exactly how they were added, forever. Each block is given a unique code or "hash" so it can be linked to the previous block.

A blockchain is not a physical thing, but it is a concept for storing data. However, there are many visual representations that can make conceptualizing Blockchain easier. You can think of a blockchain as rings of physical blocks, like the picture shown below. Each ring contains all of the blocks from each specific day. Each individual block can be accessed to view records or transactions, and each block is attached to the last one. 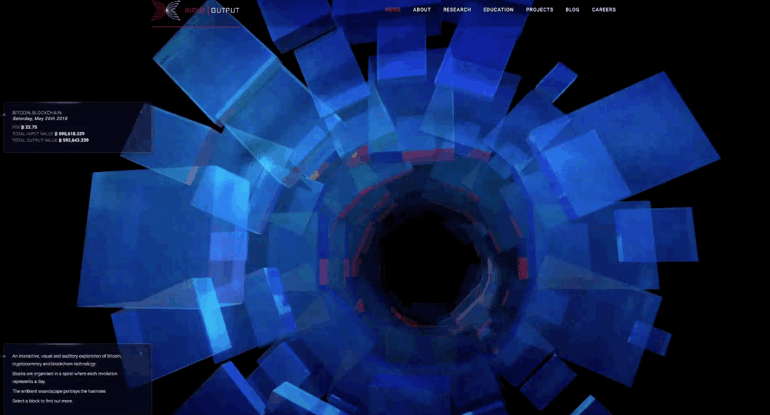 3. What are the uses for blockchain in healthcare?

Blockchain is very prevalent in healthcare, primarily because many individuals think it can be an efficient way for healthcare providers to store records involving patients' medical information. Many individuals find comfort in the fact that the records that they have confirmed have no way of being changed or tampered with. Using blockchain could have the ability to strengthen the trust of individuals when utilizing a medical practice and build even stronger customer relationships. It also has the potential to drive down the cost and time it would take to verify and store records.

However, there are always security and identity risks when delving into the world of Blockchain. The idea can seem mysterious and still has yet to gain the complete trust of everyone in the healthcare industry, but Blockchain is calling out for healthcare providers and professionals to go the extra mile and look into the benefits--or flaws--that could affect their business.

The basics of Blockchain are not as complicated as you may have thought, but digging deeper is always necessary when considering a change as large as adding it to the inner workings of your organization.

The team at KNB Communications looks forward to working with you to possibly implement blockchain in your recipe for success.

Read more from our sources:

The Gender Disparity in Healthcare and 4 Ways We C...

"Patriotic Marketing" for the Fourth of July - Is It a Good Fit For Your Healthcare Company?

How To Go The Extra Mile In A Competitive Healthcare World