Should your health IT company be taking a stance on controversial topics in the news?

In one word: Yes.

Recently I spoke on this issue with Snowden McFall on an episode of Ignite Success on Buzz TV:

It used to be best practice to stay away from anything political or polarizing. You didn’t want to alienate part of your customer base by choosing either side of the issue. Staying silent on the topic was the safest route, according to the public relations pros. Now, companies are being called out for remaining silent. Consumers are demanding to know the company’s stance on certain topics. With the advent of social media, companies have the ability of releasing statements quickly and directly to the public. Remaining silent is now often conflated with taking a side. 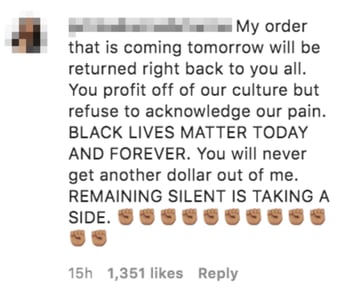 As millennials age, have more disposable income, and assume leadership roles in companies, we notice shifting paradigms. Millennials are famously cash-strapped yet socially conscious. They see spending their hard-earned money as “supporting” a company -- and they want to be sure that the company is not turning around and using that money in ways that don’t align with their personal value systems. While consciously choosing where to direct their funds, millennials build a portfolio of brands around themselves that become part of their very identity. As such, they feel like they need to know where a brand stands on the social issues that mean a lot to them.

“Surely this doesn’t apply to health IT companies?” you may be thinking. But it does. Even B2B decisions in the healthcare industry are being made by people, and those decision makers are increasingly more likely to expect what they consider to be socially responsible values and actions from their business partners.

If your healthcare company plans on voicing public stances on sticky subjects, the best thing to do is to decide where you stand on issues proactively rather than reactively. Know what you’ll say before the media blows up around it. Look to your stated values as an organization, work with senior leadership, and get employee buy-in. In crafting your statements, try to tie the issue back to your field to explain why you have taken the stance you have.

There are some issues where a “safe” stance has already been established. Now we’re not necessarily advocating that you take a safe stance. We love a gutsy health tech or life sciences company that really stands up for their beliefs. However, we also understand the need to balance with stakeholder interests and keeping your employees, well, employed. So for reference, the following are common issues that arise in the public eye in order of least controversial to most controversial, along with our recommendation as to the most socially acceptable position for a health tech company to take on the issue as of the date of publishing.

The environment -- the view generally accepted in the U.S. is that it is good to care about a cleaner environment.

Gay / human rights -- most of the U.S. agrees that people who are homosexual deserve the same rights as people who are heterosexual. The public’s view on the rights of people who identify as non-binary and transexual are not as clear-cut, and while many companies may avoid voicing their strong, specific support for fear of backlash, it would not be wise to take a stance in opposition to them either.

Women’s / human rights -- the majority of America believes that women should be treated “equally” to men, particularly with respect to equal pay (even if the gender wage gap is still a very real problem). However, women’s reproductive rights and the topic of abortion still have a lot of vocal people on both sides. You’ll have to tread carefully there, but it is still smart to have a statement on hand that explains your stance.

Gun control -- though eradicating guns is a hotly-debated topic, the stance that is generally accepted is to advocate for stronger control of firearms. This is particularly true in the healthcare industry, where seeing the damages from gunshot wounds firsthand can explain the thought process behind the position. A “safe” approach is condemning gun violence. See the difference?

Black Lives Matter -- if asked “Should people who are Black be treated equally to people who are white?” most Americans would respond in the affirmative. However, the Black Lives Matter movement took on different meanings to some people and somehow became a hot-button topic. This seemingly simple concept recently became a PR quagmire to navigate. Companies who had previously discussed their values and ideas around the issue fared better in public opinion than those who froze, scared to say anything.

If you think it would be safer to stay silent on an issue because you are afraid of getting called out for being a hypocrite, own up to the shortcomings right within your statement. Maybe you don’t have enough women or racial diversity in management. View it as an opportunity to recognize and address the issues while being open and authentic with your audience. You’ll come out more respected on the other side, I promise.

Have any questions or want me to review your crafted statements (on the house)? Reach me at bcooper@knbcomm.com.

The 3 types of video every healthcare marketer nee...